Written by Lora Seis
Updated over a week ago

With emarketing you can play out three different types of dynamic ads:

Dynamic Ads are personalised advertisements on Facebook that are automatically displayed to exactly those people who have already shown interest in the advertiser or his products.

If the advertiser has previously contacted the company, for example via the advertiser's website or other websites with related content or products, Dynamic Ads are used.

Dynamic Ads also have the advantage that the advertiser does not have to define the ad layout in advance, as the ads are automatically created using the product data feed.

Facebook then plays out the campaigns in various formats and constantly optimises them based on user behaviour.

What do retargeting, lookalike and cross-selling campaigns do?

In a retargeting campaign, website visitors are marked and tracked by the Facebook pixel that our plugin places in your webshop.

These visitors are then shown the products again in the news feed on Facebook. 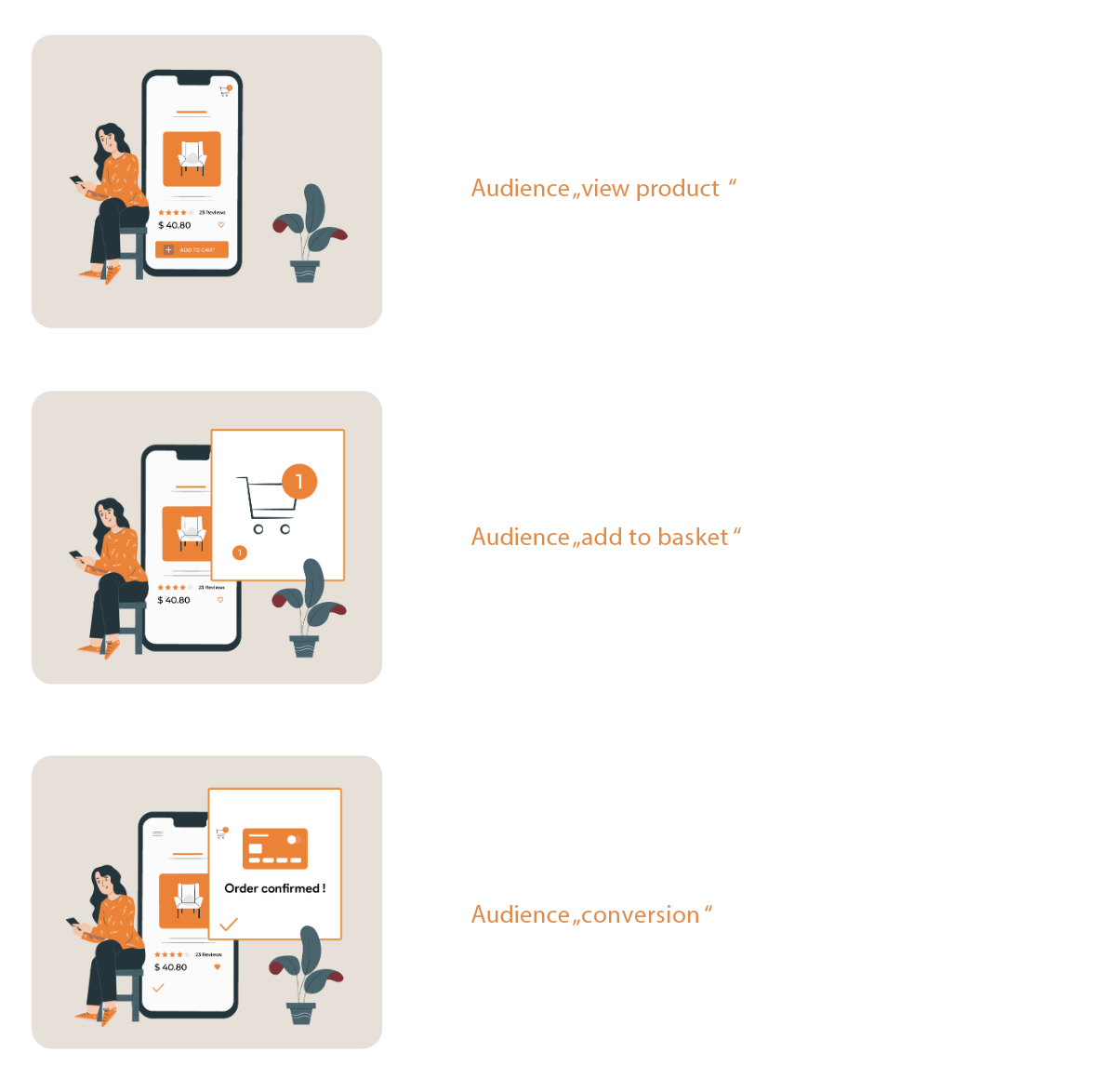 On average, a retailer using retargeting achieves a turnover with this campaign that is 8 - 12 times higher than the ad spend.

Based on the base audience "converted", emarketing creates a new target group based on certain parameters, which are "very similar" to the already converted users.

"Very similar" means that the customers have previously visited similar websites (e.g. websites of your competitors!) and are very similar due to your specific search and click behaviour.

The fine adjustments such as the similarity coefficient are done fully automatically by emarketing, so that your advertising volume is used with maximum efficiency.

On average, a retailer who uses lookalike generates a turnover that is 4-6 times the ad spend.

When you use the cross-selling campaign, Facebook automatically selects relevant items from the product range you specify and displays them in advertisements.

emarketing uses a variety of techniques such as co-buying and co-browsing behaviour to automatically select relevant items from the product sets.

For example, if the people on your website or app often buy armchairs and coffee tables together, the algorithm learns to sell coffee tables when selling an armchair via cross-selling.

On average, a retailer who uses lookalikes achieves a turnover that is about 5-7 times higher than the ad spend.

Did this answer your question?